The Spotlight has always been about interviewing the best in the community, skinners and other artists who have made an impact in the skinning world. This edition of The Spotlight is on such a person. DigitalChet (aka Alvaro Ojeda) has been around a long, long time. Although his skinning time is limited now, (living in Canberra, Australia and works in the field he has grown to love) yet still proves to be an influence in the skinning community as a whole. His Digicon Emotes are a testament to that. His Interview was insightful I decided to add some parts of the interview that I normally use for building the article. So here is The Next Spotlight, DigitalChet. Enjoy. 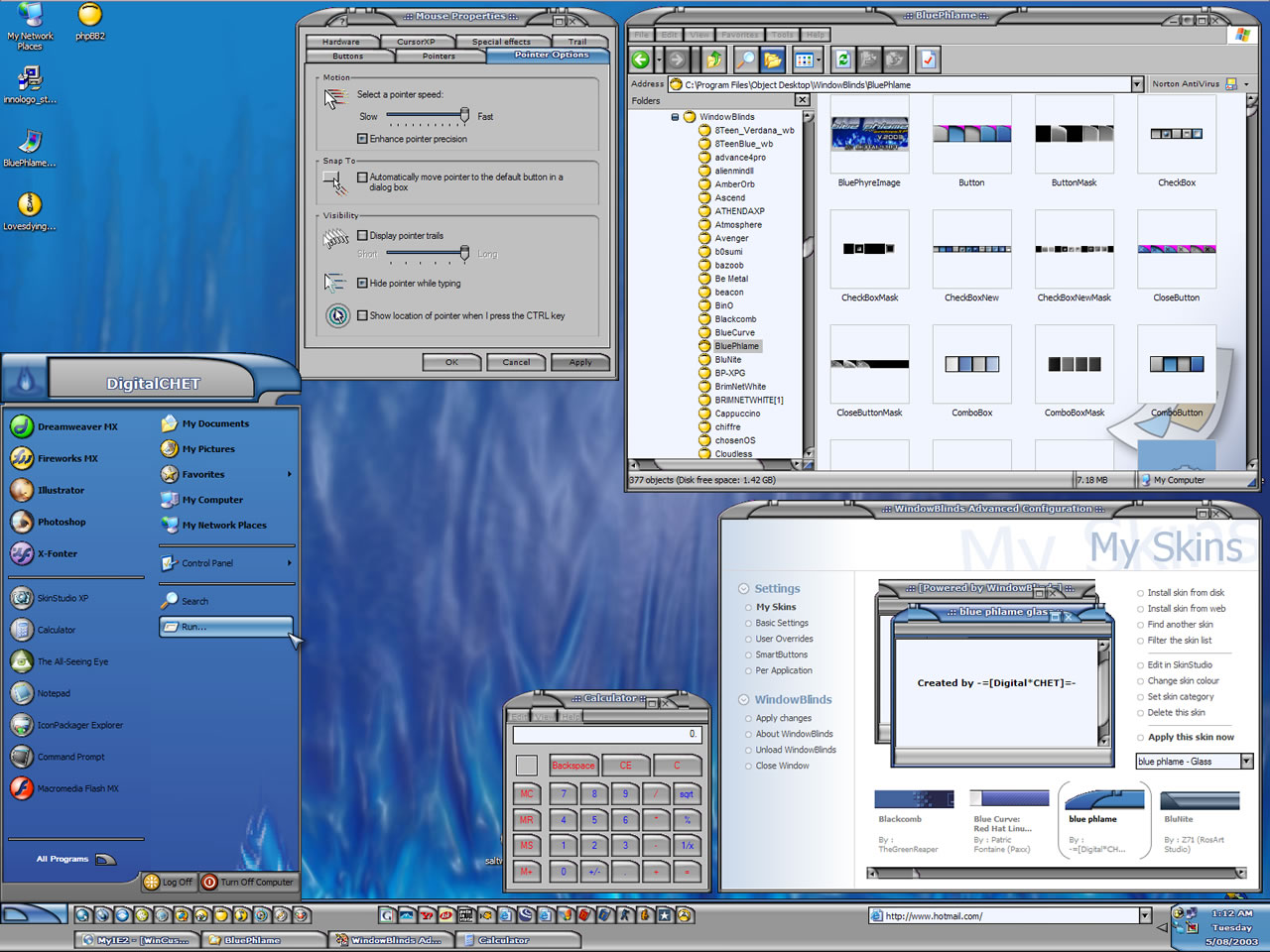 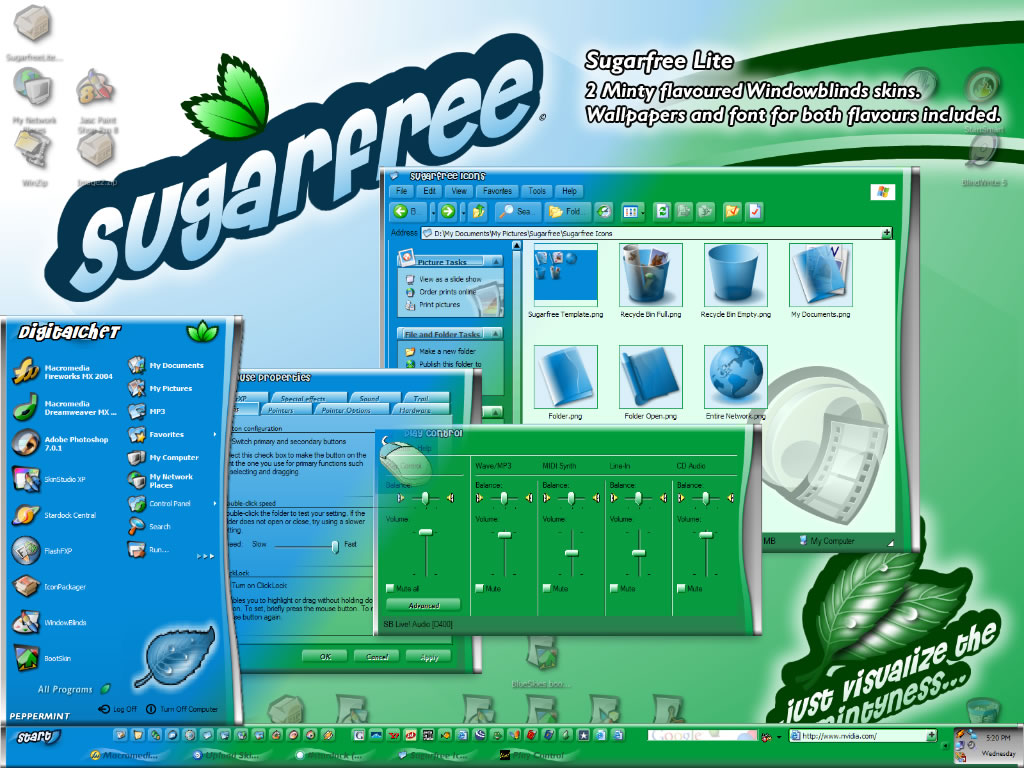 SkinBase:  How long have you been skinning?

DigitalChet:   “I got into Windows customization in the late 90s, but I believe my first real entry into skinning (i.e. creating a complete skin) began when I put the Blue Phlame skin for WindowBlinds together around 2001, I think.  Before that I have memories of dabbling with icon development at 32x32 pixels and 16 colors. :P  I remember I came up with icon busts for the entire Enterprise bridge crew from The Next Generation.  I probably still have those on a floppy disk somewhere at my dad’s house but they’re nothing I’d care to have out in the world.”  XD

SkinBase:  What type of skins do you prefer to make?

DigitalChet:   “Well, I had a lot of fun creating WindowBlinds themes, but I think my strength now lies in icon creation; I find it the most challenging and rewarding activity. But overall, I enjoy coming up with any piece of art or design that can be applied to an interface and shared freely.  I think the ability to make the interface over in a style and fashion that is personal and unique and able to be freely enjoyed by all is fantastic, and it’s the major reason why I bought into the entire Stardock suite and the whole customization mentality.”

SkinBase:   What other sites are you a member of?

DigitalChet: As a tech & web geek, I’ve subscribed to many, many websites throughout the years.  You’ll find me in just about every site imaginable, from DeviantArt, to Google+; Instagram, to Flickr; I’m there.  I may not be active on all sites, but I just have to try them all and find the ones that are worthwhile. 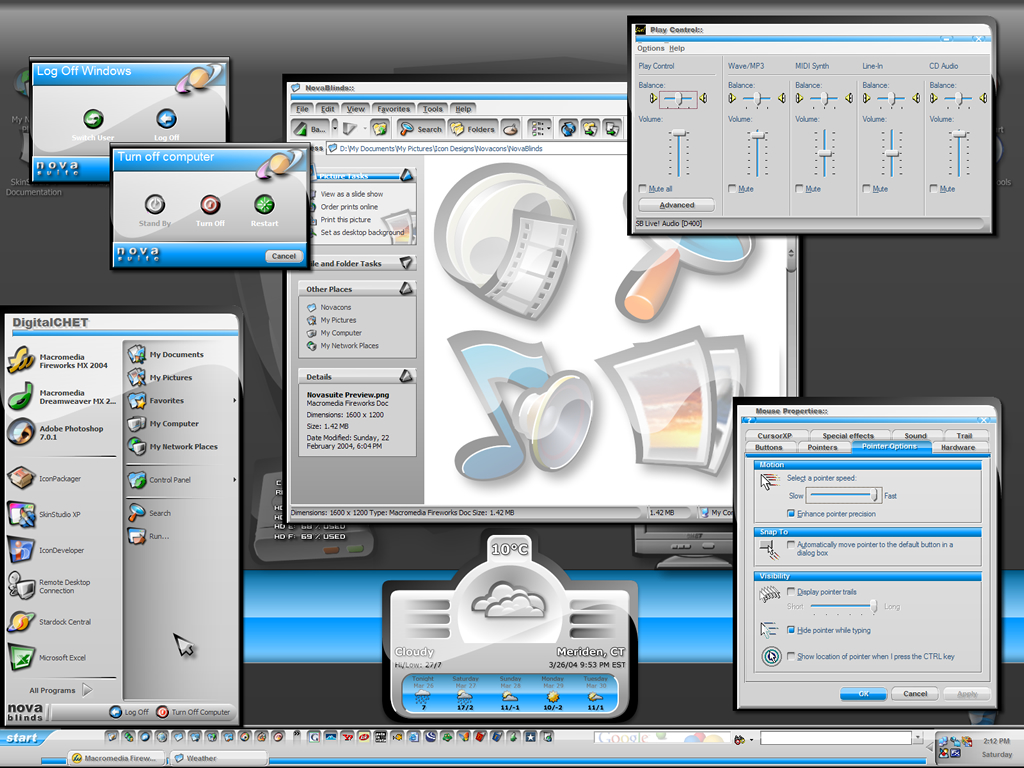 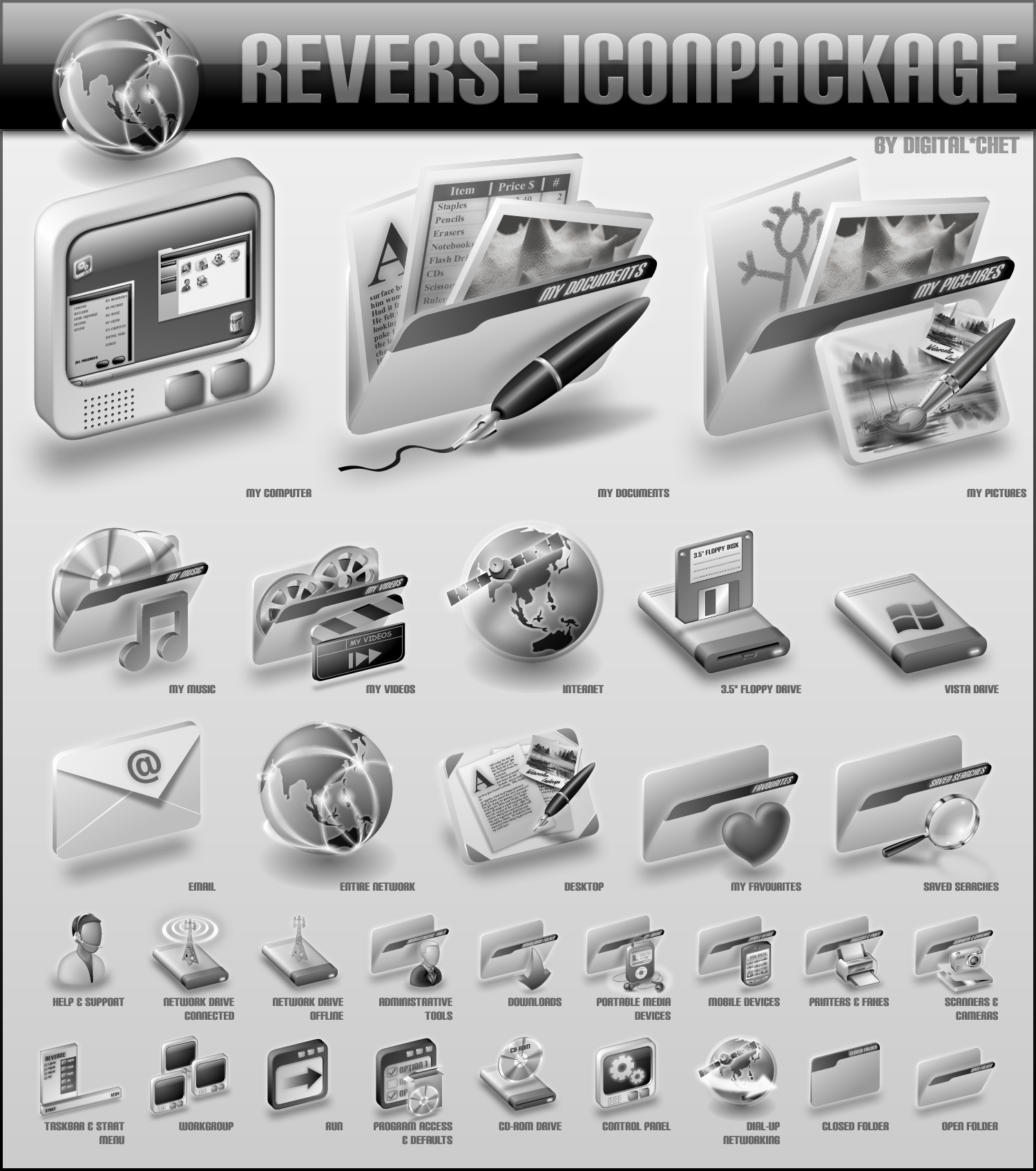 SkinBase:  When did you first realize your interest in artwork?

DigitalChet:  “Well, my earliest interest in the design field that I remember began when I was around 10 and I recall seeing the artwork that my older brother would come up with during his own graphic design studies.  I’d browse through sketchbooks and find some of the most interesting designs I’d seen and marveled at how awesome they looked.  From that time I started taking art & design more seriously and decided on it as a career path.”

SkinBase:  Who are your favorite skinners?

DigitalChet:  “My taste in skins and art styles has varied a lot but the most outstanding works I’ve enjoyed throughout the years has come from artists such as Renato Veras Jr. (treetog), Tim Dagger (essorant), Mike Bryant (mikeb314), John Gordon (vstyler), Matt Crocket (tiggz) and Danillo Oliveira (danillooc), to name just a handful of a very big list (and in no particular order ;P ).  These are all incredible artists whom I have looked up to, often tried to emulate, and/or been inspired by.”

SkinBase: Has anyone of them, inspired you to make a skin or wall?  If so, elaborate a bit.

DigitalChet:  “Well, the one skin which literally spawned my inspiration for Blue Phlame, and which I tore into to help me figure out how to put one together, was Subterfuge WindowBlinds skin by Mike Bryant.  I must’ve used that skin for at least a whole year before I changed to another, and would often go back to it.  At the time I thought it to be the epitome of great design; stylish, functional, somewhat minimal, and striking, and a fantastic resource from which to learn. Thanks Mike!”  ;D 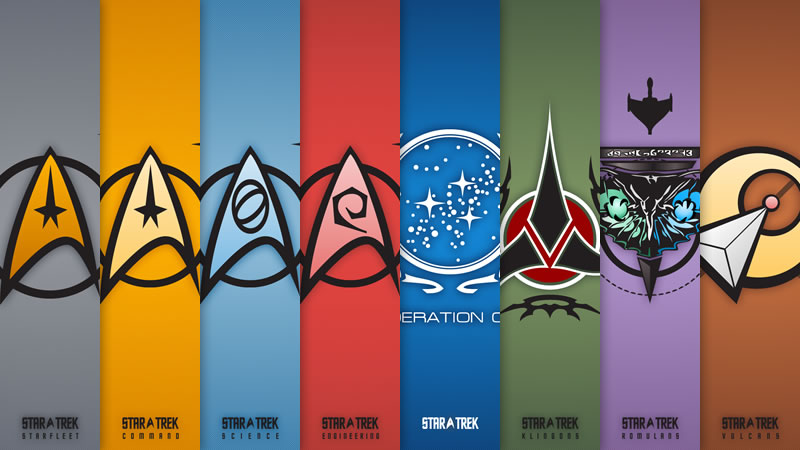 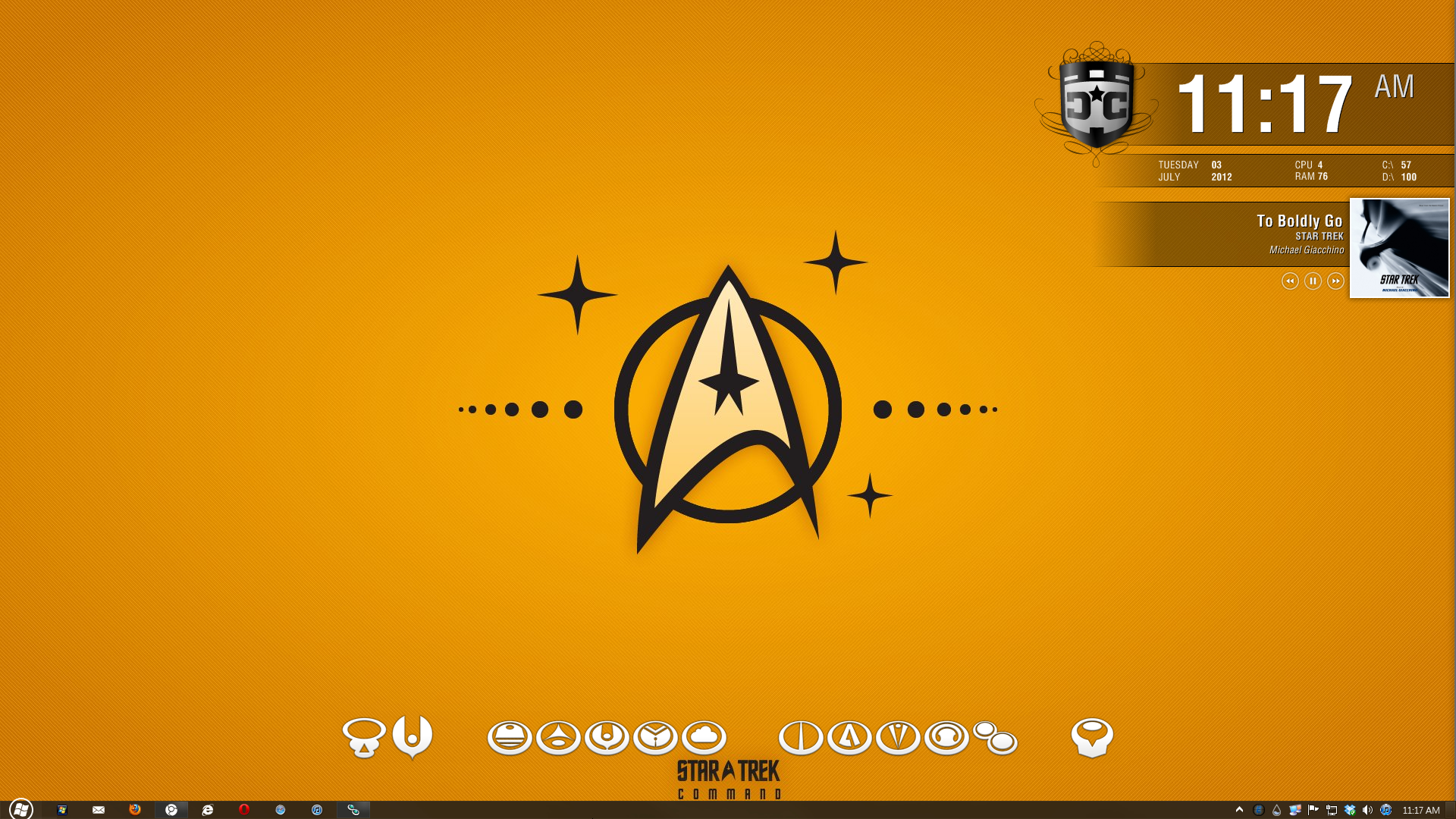 SkinBase: “Of the skins you made, which is your favorite?

DigitalChet:  “Yeesh… This is a little like picking out your favourite child. XD  But, although I had a great time creating Blue Phlame, I’d probably have to say Sugarfree or Novablinds are by far the most favorite.  Sugarfree because I was pushing the limits of my own creativity and knowledge of SkinStudio, and Fireworks; and Novacons because it was one of the most complete themes I’ve created to date.”

DigitalChet:  “Sadly, my current lifestyle and career prevent me from spending huge amounts of time coming up with complete themes and skins, but I sate my thirst for design by putting out a few icons or wallpapers now and then.  I’m always tinkering with some project here or there but right now I’m actually in the process of wrapping up the design of a Star Trek themed wallpaper pack.  I’ve teased it via social channels but you should see it released in the very near future.”

SkinBase: What skins are you using right now on your desktop?

DigitalChet:  My taste in themes these days has become such that I now look for skins which are stylish yet minimal in their design.  I marvel at what designers and artists can do with so little, and although I find the WindowBlinds scene itself somewhat lacking in that area (as opposed to the Visual Styles or Mac Themes scene), I’m currently getting by with Stardock’s Win8 Metro WindowBlinds skin, wallpapers from my huge collection set to randomly change every 30 seconds, a custom icon set I created called Halo (no reference to the games ;P ) on my ObjectDock, and Rainmeter using modified xClock and All-In-One Player themes.

Stay tuned to see is next to be put under The Spotlight.