Under The Spotlight - MountainHawk

Back in 2001, MountainHawk "got stuck with a computer" he did not know how to use.  He was all pumped up.  He turned the computer on and "was confronted with the depressing interface, he was "waiting for something like (the) Holodeck from Star trek". He has been around in the community, before skins were known as skins and he creates wild and amazing wallpapers.  MountainHawk lives in Baclutha, New Zealand.  He is a member of DeviantArt, Renderosity, yet he spends most of his time here at SkinBase.  MountainHawk has inspired many artists in the skinning community; some have dedicated skins, they have made, to him.  I hope you enjoy this Spotlight as much as I had interviewing MountainHawk. 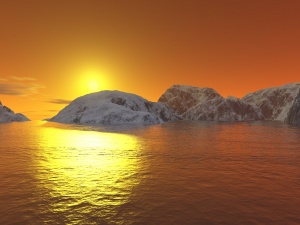 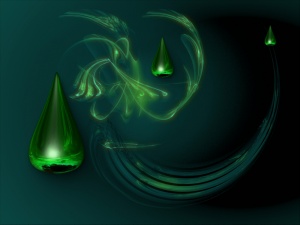 SkinBase:  When did you first realize your interest in artwork?

MountainHawk:  “My sister who is eight years older than me was enrolled in the London School of Art.  She would leave her art out...fashion drawing.  I was eight then and would copy her art.  She taught me to sketch and do figure drawing.  She did nothing with her art.  I went on to make a living out of it.”

SkinBase:  Who are your favorite skinners?

MountainHawk:  “Favorite skinners are the old crew...Dangeruss, Alexandrie, Treetog, Boxxi, Danilooc, Adni, and Sed of course.  New guys like Yingjungjui impress me.  Style is what the old skinners produced.  In my view, modern skinners have lost their sense of fun and flair...like its all vista or Windows seven type blinds.  Look at skins like Copperdeck,  Eyegrabber, Attacker, and Chinatown...Adni18's early skins....they all had a sense of futuristic overtones. I'd like to see a return to that sense of adventurism. We have been blessed with 3D applications and alpha blends for a reason and it’s not to produce flat nothing type WindowBlinds.  Skinning came about because of the designer on mogadon from Microsoft who invented the depressing interface we had on Windows 98, 2000 and ME...LOL.”

SkinBase: Has anyone of them, inspired you to make a wall?  If so, elaborate a bit.

MountainHawk: “In the beginning I used to watch Boxxi and Tech13 and try to emulate their work.  Then all I had was sTile 99 and UFX filled with Photoshop plugins.  Then I got JASC Paintshop pro version four....lol. Then I got Photoshop 5 like Boxxi uses and still uses...went from there”.

SkinBase Footnote: When MountainHawk started making walls his goal at the start was to do walls like Boxxi.  He spent hours trying to copy his work.

SkinBase: “Of the walls you made, which is your favorite?

MountainHawk: I don't have special ones...Beauty of ZBrush is it blows me out every day I work with it.  I like my new stuff better than my old stuff.  I look back at some of my early stuff from 2001 and cringe”.

SkinBase Footnote: During a chat, I finally got it out of him.  His favorite creation is NightScape. 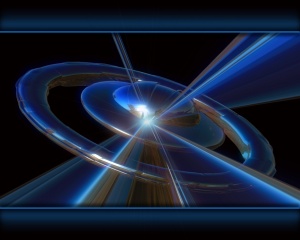 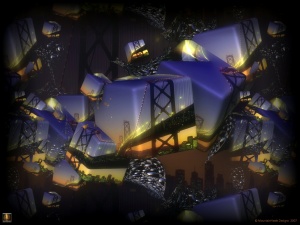 MountainHawk:  “I am always working on something...I do art everyday now I am in semi-retirement.  Bliss for me.  I work a lot of stuff out while I work on my designs. At one point, art was my only form of expression.  I was unable to talk from birth until I was about fifteen to sixteen years old. Art is part of my soul.”

SkinBase: What skins are you using right now on your desktop?

MountainHawk:  “Xaphire WindowBlinds by Ying, My version of Xaphire wallpaper, and I have object dock plusv2 with a pile of Icons I get from Icon archive”. 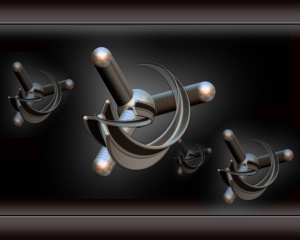 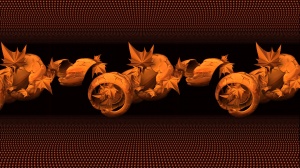 SkinBase Footnote: There was so much info gathered on MountainHawk, this could have been a 2-part edition of The Spotlight.

Stay tuned to see is next to be put under The Spotlight.